Aztec Altepetls and Complaining about Taxes The following was originally written as a response to an assignment from a course title discussing Mayan, Aztec, and Incan history at UNF. This article's photo depicts the Pyramid of the Sun and was sourced from National Geographic. Credit belongs to F9PHOTOS.


In keeping with what might be described as the theme of my papers, and an overtone that speaks to curiosity and interest as much as it speaks to discomfort and unease, I would like to move away from commentary on religion and leisure (as people so often do when discussing Mesoamerican Indigenous persons) and focus more on stratification and hierarchy and how I imagine that may have impacted the Aztec peoples.

The foundation of my paper will be the altepetls, which are essentially city-states. The Aztec people considered these to be small, independent kingdoms. On top of these minor ruling kingdoms sat the Triple Alliance, which collected double taxes from some while others were left as strategic provinces and trusted to have their military serve as a border to entry for any opposing forces or men of power. In the case of the strategic provinces, I imagine I could compare it to the U.S. military draft from 1940 to 1973. Men who were of age and able were expected to serve their homeland. For everyone else, however, as one might imagine, an increase in taxes with no federal assistance programs in place, meant the standard of living for most was lowered as taxes were increased. I liken this to paying state as well as federal taxes.

The elite of the Triple Alliance, as well as the military who served it, lived better than the common folk and must not have felt the effects of their actions on the people until they had to start paying off lesser kings in a relatively successful campaign to keep them in check. The increasing difficulty in controlling rebelling lower-class persons cracked the fragile egos of the ruling class and this is apparent in Spanish-written accounts where they insisted that the Mexica could have overcome Tlaxcala anytime they wanted. There was resistance to Aztec imperial armies and the Triple Alliance Empire - which brings me to my primary commentary on the matter.

It has been hundreds of years since the Aztecs reigned, and in the case of the Olmecs who inspired them (among many others), thousands of years! However, we as humans are essentially the same. Some of us are greedy, some of us are countrymen, some of us wish to live simple lives and cause little fuss, but overall, humans have been doing the same things for forever. The selected readings for this paper and their overall theme of the elite, city-states, and a unified militia really put the human experience into perspective for me. We often romanticize the past or cultures that are foreign, but upon closer inspection we find the same motivations, similar minded people in power, and ultimately, the same issues. Not everyone was happy to be under Aztec rule. It seems more plausible to me that the people of the land welcomed their Spanish visitors. If they hadn’t, then they would have killed them all, right?

Only so many Spaniards could fit on a boat, but the lands of Mesoamerica were full of warriors that thought it their sacred duty to serve. So perhaps, they desperately wanted change. This realization is unsettling. When taxes were increased some persons had to supplement their income by selling pottery and when the urban population became denser than what farmers were used to, they had to figure out how to feed the surplus of people. These are the same sorts of issues we face today. Even I’ve taken on a second job from time to time to help pay the bills and farmers in the United States have dedicated more than 96,000,000 acres of land to corn (https://grains.org/buying-selling/corn/). That’s approximately 4 or 5% of total land available within the United States.

Just as they were in Mesoamerica, farmers are the backbone of the economy. How is it that we haven’t developed beyond these problems? How peculiar that despite our technological advances we still haven’t settled on a set of best practices for governing, trade, socio-economical, or socio-political activities. This doesn’t bode well for the future of humanity. My personal desire for cosmic awareness was also held by Aztecs. They were convinced that their immortal deities provided portals and means for modifying the world around them as well as the other levels and directions of the cosmos. I worry that this shared, human desire to explore more and know more of the universe may forever live in our dreams and religion, and never come to fruition, because the cyclical pattern of war, greed, and desire for conquest will lead to our own destruction before it ever leads to enlightenment. 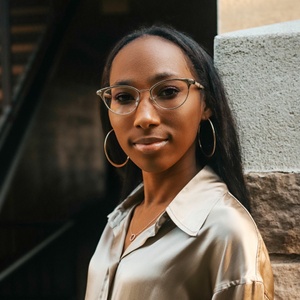 Updates From Your Digital Bestie

Subscribe to receive emails that include content writing best practices, insights into growing an online presence, and to be notified of upcoming events. Let's get started today!

We promise to never mail you spam.

Updates From Your Digital Bestie

Subscribe to receive emails that include content writing best practices, insights into growing an online presence, and to be notified of upcoming events. Let's get started today!